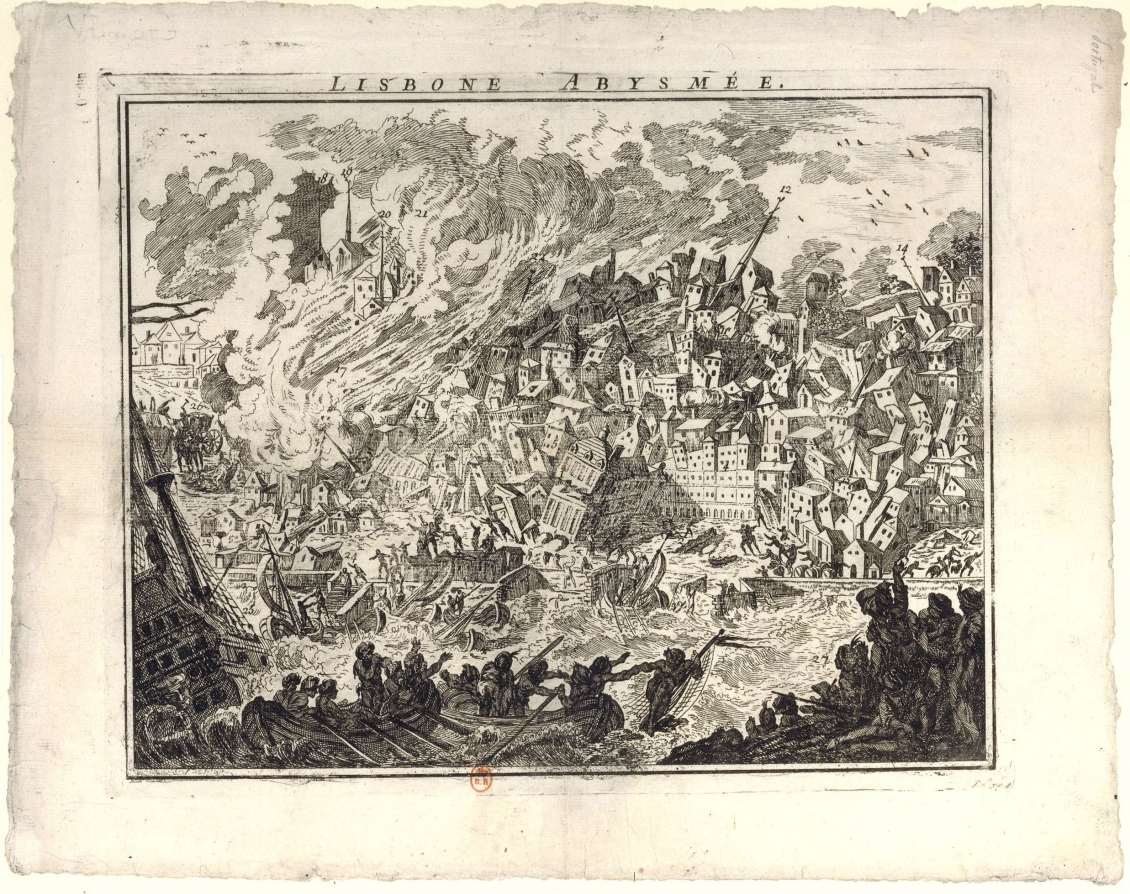 The Realism of Xs describes an installation conceived by Extramentale in close collaboration with the artist Kevin Blinderman for the art fair Contemporary Istanbul. The installation juxtaposes the artist’s recent, bold, industrially made work and vintage reproductions of the Lisbon earthquake of 1755, taken, among others, from popular nineteenth-century magazines dedicated to exploration and images. Yellowed with age and clumsily cut out, these plates tell the often-forgotten story of the utter failure of Western thought which plunged humans into the state of pre-neoliberal adolescence (Fabien Vallos, 2019). This failure consists, if not in the collapse of a city buried beneath rubble, then in Providence. Mirroring all too well our own reality indifferent to voices of the past, these illustrations pass the effort of representing and reflecting our delusions—such as the manifestly bankrupt belief in the planet’s inexhaustible resources—on to the contemporary work of art. The failure of the eighteenth century versus the failure of the present: the installation can be also viewed through the medium of heat, since the artist has created a series of warming environmental sculptures whose proportions bring to mind, not without a degree of ambiguity, the idea of the human body in sync with the machine which leads us into a troubling situation. Calling upon the universe of night entertainment and clinical performances, Kevin Blinderman's work X manages to take on many different meanings, depending on what is placed around him: engravings or bodies.
The work X points us straight in the direction of a new form of tragedy: The dream is others.

Having obtained a Bachelor’s degree from the École nationale supérieure d’arts de Paris Cergy, entered the Masters program in Fine Arts at the Bezalel Art Academy in Tel-Aviv, graduating with from the ENSAPC in 2018. He participated in the exhibitions Se Réinventer Autrementat the Musée d’Art et d’Histoire in Saint-Denis and A Study in Scarletat the Plateau—FRAC Ile-de-France. His work is currently on view in the exhibition Futures of Loveat the Magasins Généraux.

Kevin Blinderman is a member of the Treize, an art center in Paris, and co-organizer, with Paul-Alexandre Islas, of the music event Queer Is Not a Label. Adopting a cross-disciplinary approach, like a showrunner, he focuses on love and violence to underscore the distances that bring us together, catalyzing the danger inherent in the quest to find
some tenderness. 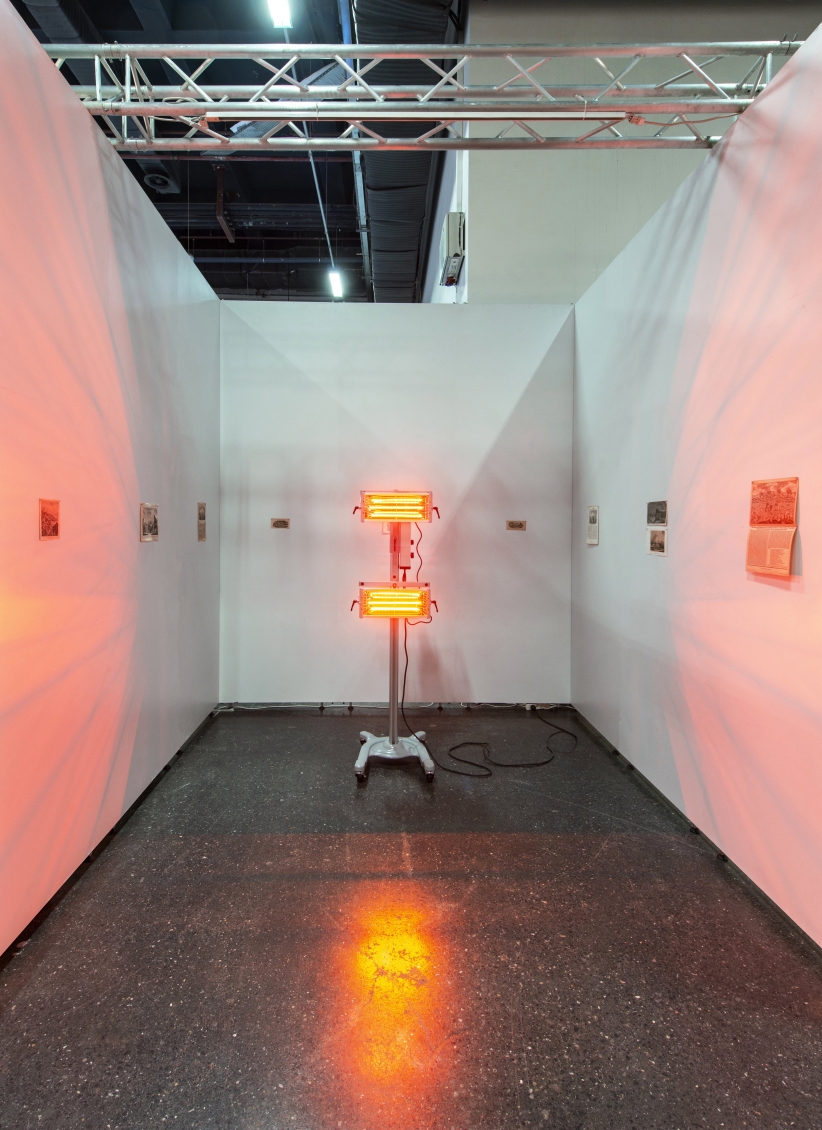 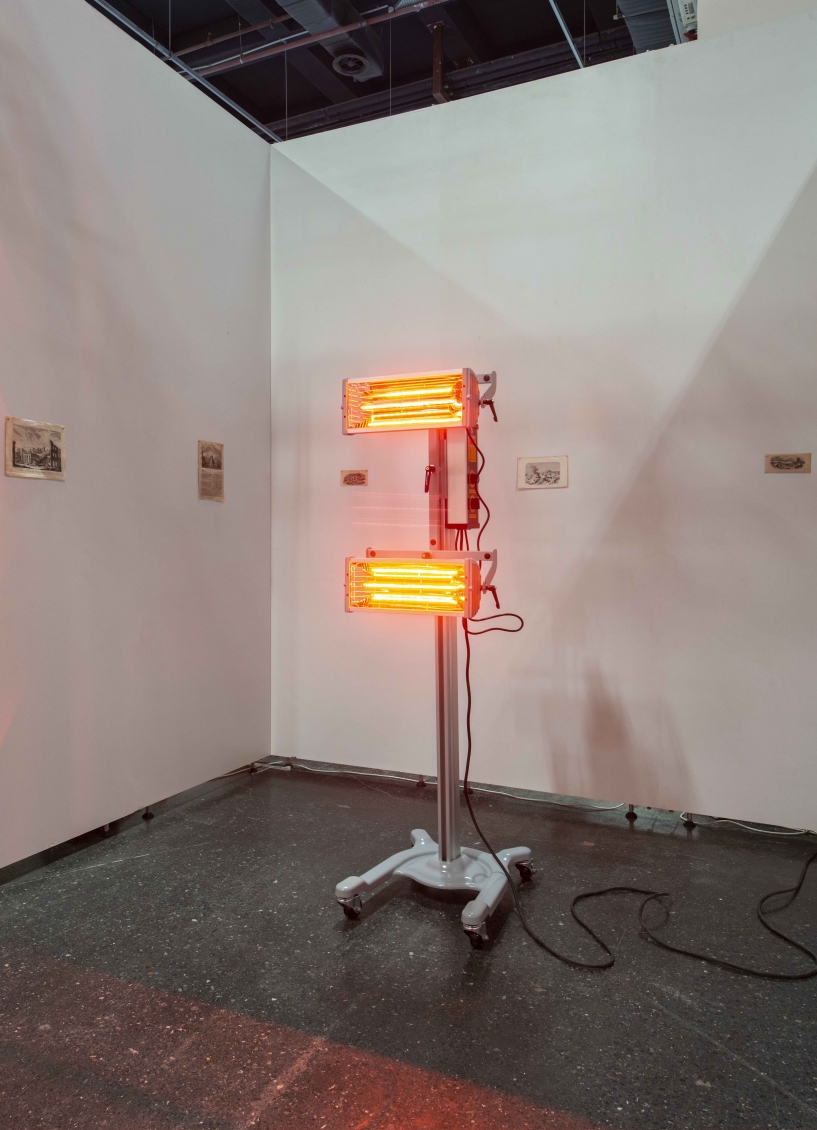 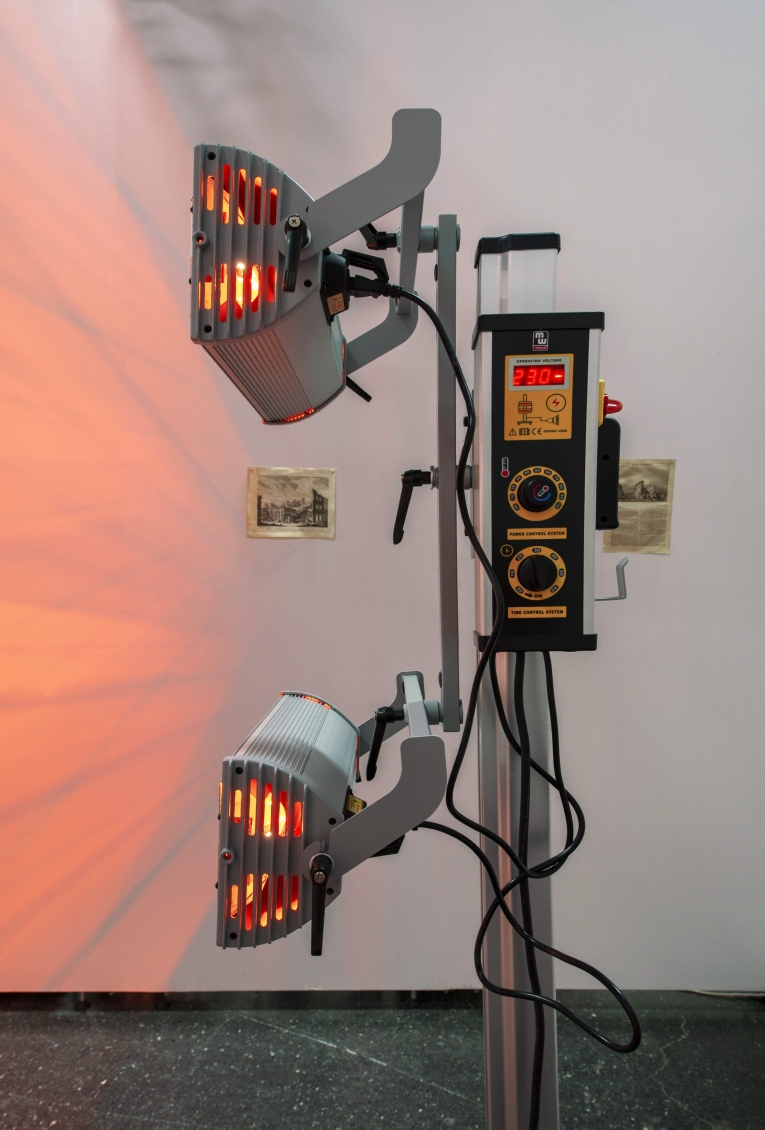 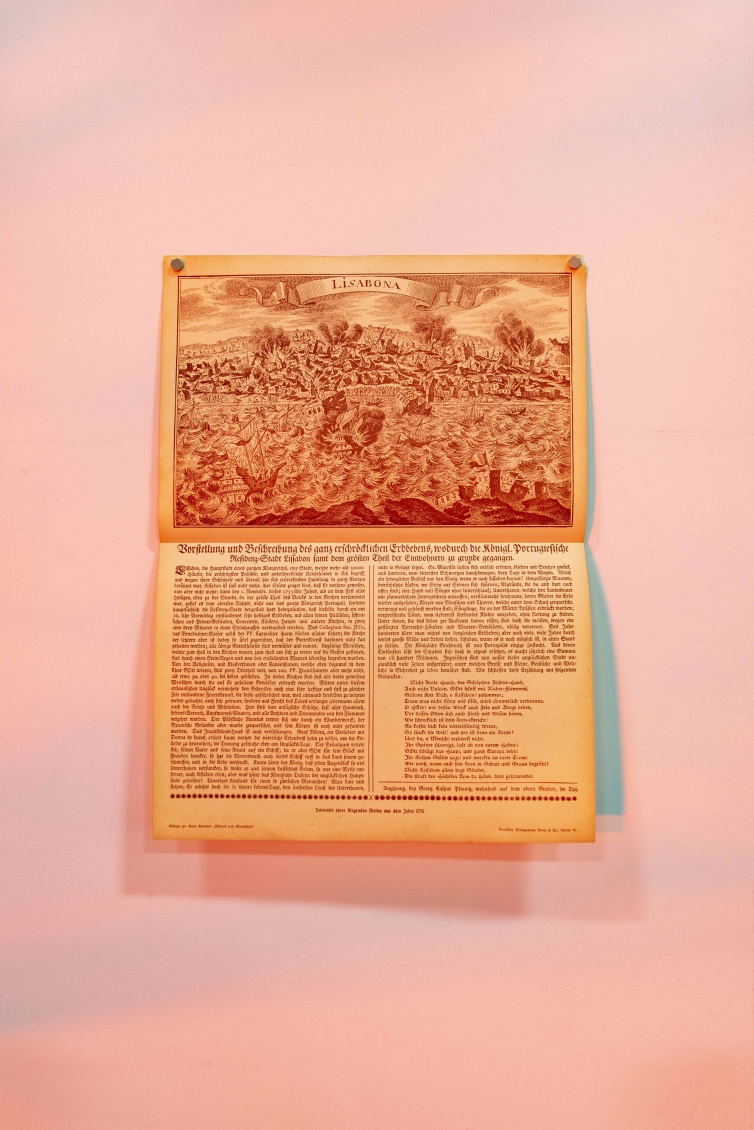 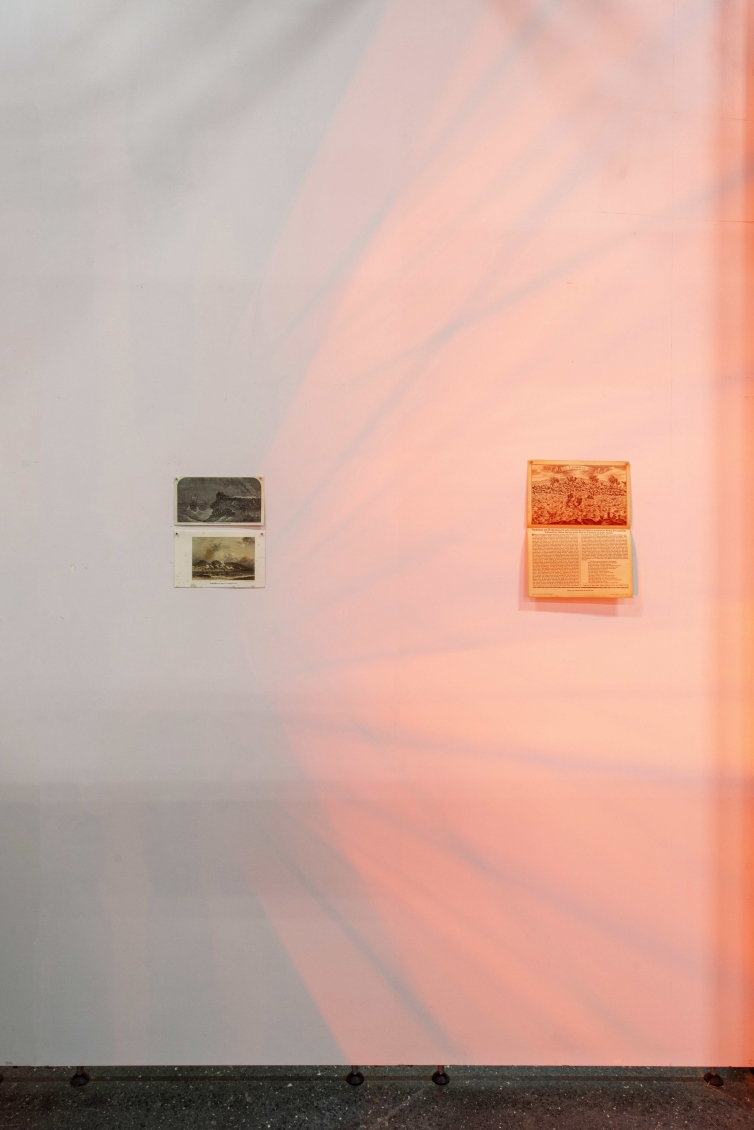 JM : Lisbon 1755 earthquake had a powerful impact on Western philosophy. Could you, perhaps comment on this dreadful event which received international attention, partly due of the advent of newspapers and news pamphlets across the continent and outlying areas that news spread quickly of the disasters ?

FB : I would like to highlight the major changes that resulted from the earthquake of November 1, 1755, wreaking havoc in the city and killing nearly a quarter of the population. As you said, this disaster fundamentally transformed the models of Western thought in a number of ways. First, the concept of theodicy, or the justification of world events by divine will, underwent a profound critique, which exposed its inconsistency and uselessness. The second change led, by extension, to the rise of new concepts, such as human “responsibility,” not for all events, but for certain things and for how events are handled. The term “responsibility” entered the French dictionary 1798. What does it say about us ?

It implied that our activity and interference are in part responsible for disasters and pollution affecting all life. The third change marked 1755 as the beginning of the “Anthropocene,” or, in other words, our awareness of our actions and our responsibility for the world and living conditions. The fourth change was a result of the nearly total destruction of the Portuguese fleet and a large portion of the Spanish fleet, which dominated global trade and controlled the colonies. Power was transferred to northern countries, mainly England and the Netherlands, which divided the Western world into north and south, or between Protestants and Catholics, rather than into east and west. This in turn meant that, after 1755, the Western world would never again be Catholic, but definitely Protestant or reformed in terms of its approach to economy and governance. The fifth change consisted in the very fact of transforming the concept of responsibility, the awareness of one’s actions, the transition toward reformed thinking, and a definitive adoption of economic and political liberalism in the West, which had devastating consequences from the point of view of colonization, working conditions, impoverishment, consumption, and irresponsible exploitation of natural resources. Lastly, the sixth change affected ways of seeing and interpreting the world: at the time, the West was undergoing a series of intellectual revolutions (Enlightenment, also known as les Lumièresin France and Aufklärungin Germany; Kantian modernity; and Sturm und Drang) which were no longer interested in producing an image of the world but in producing an image of the way we look at the world.

JM : In the advent of a way of thinking that gives way to human passions, Annie Lebrun emphasizes the analogy between the excesses of nature and those of the human heart that will lead us to Gothic. The sensitivity is exacerbated to overcome the pain of reason that arrives in the Enlightenment. I see it as one of the "adolescences" of History, caracterised by a mutation where the soul unfolds and overspills. The adolescence that you summon in the fifth consequence is an empowerment of man that leads to irresponsibility ...

FB : yes, a pre-neoliberal adolescence of which we are always dependent.