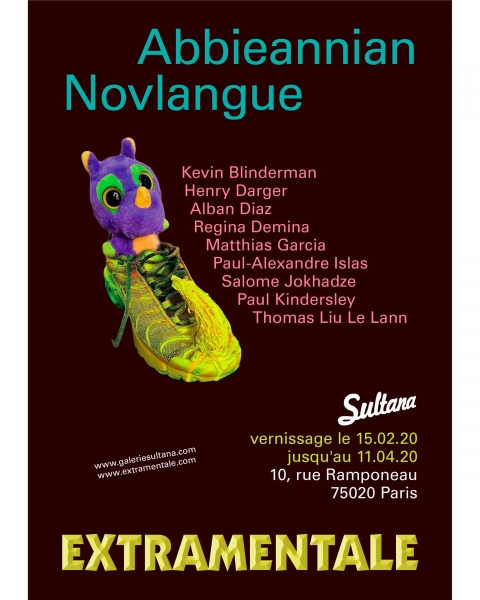 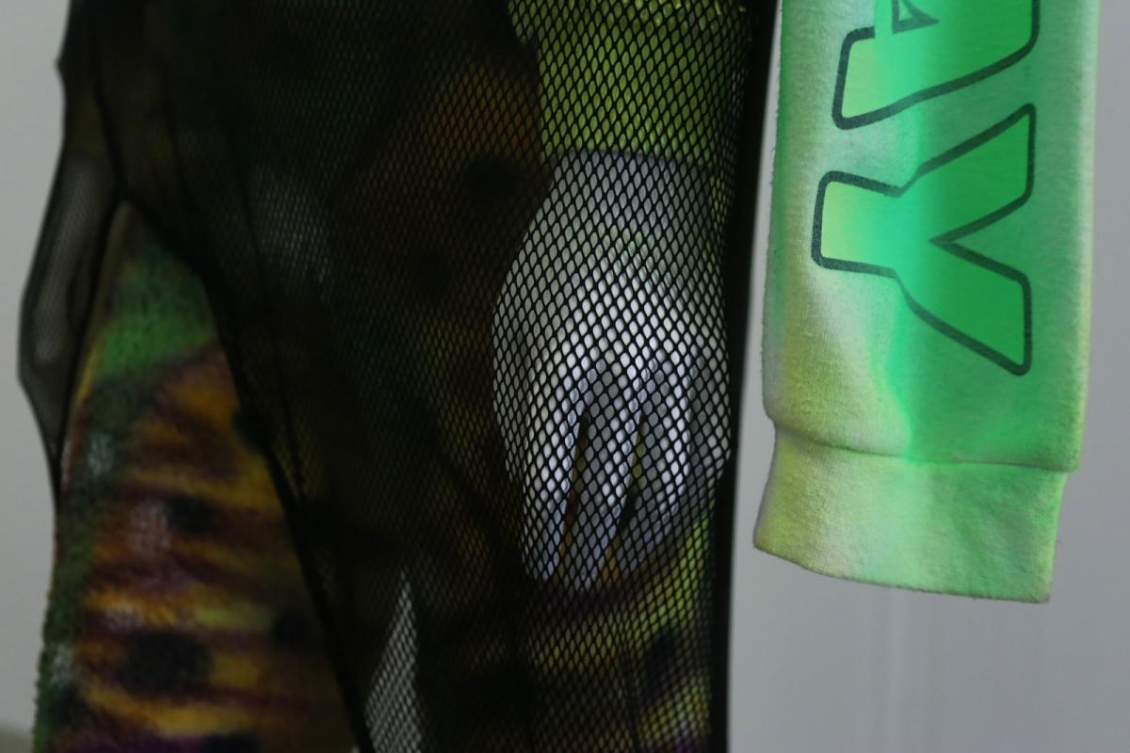 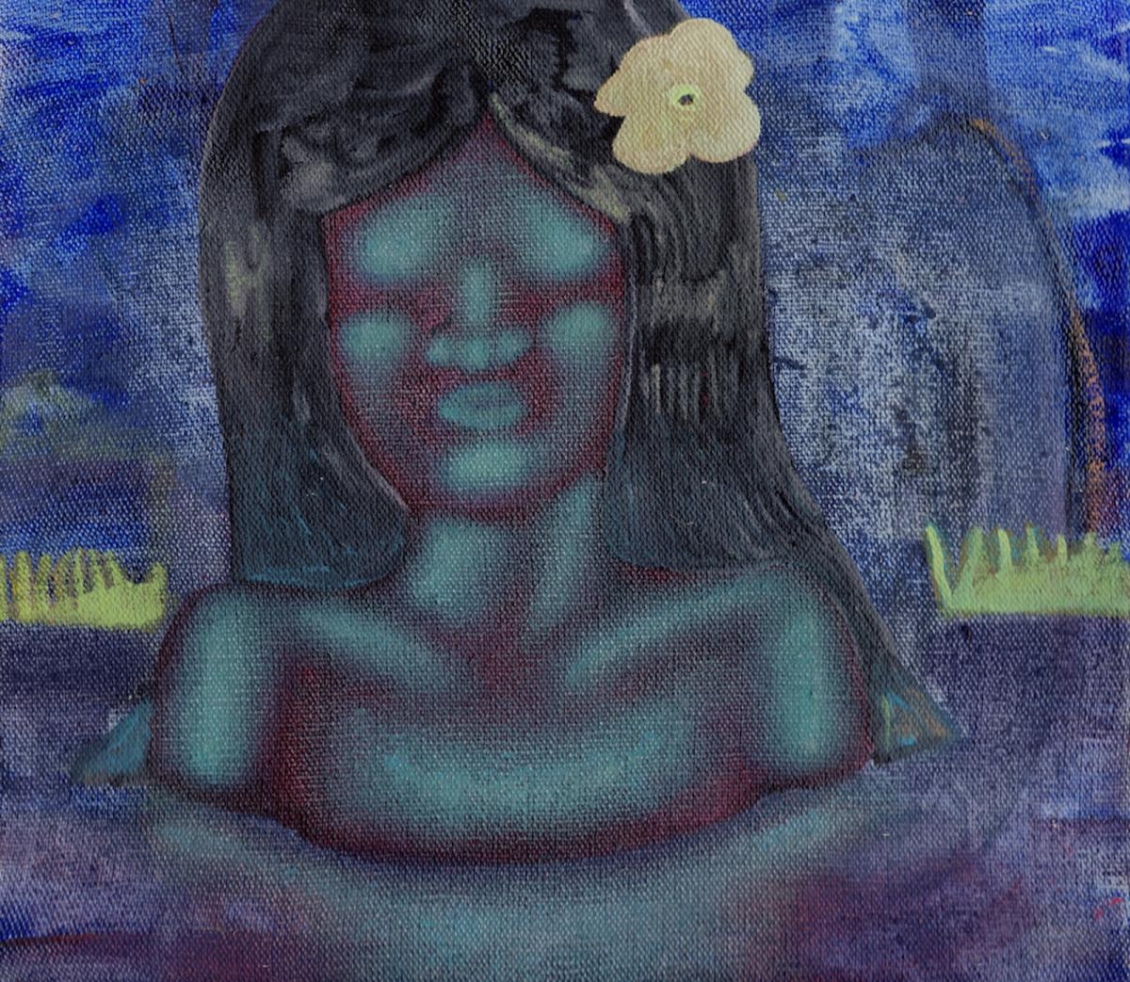 ↑ Matthias Gracia, Noyade, 2020, oil on canvas (detail)
Henry Darger (1892–1973) wrote on the title page of the first volume of The Story of the Vivian Girls in the Realms of the Unreal: “By Henry Joseph Darger. The author of a gripping tale.”

And gripping his written work most certainly is. Sprawling over 1,500 typewritten pages and covering several volumes, Henry Darger’s epic narrative tells the story of seven Vivian sisters and child slaves subject to violence perpetrated by adults, the sadistic Glandelinians. The artist also conjures up illustrations that quickly take on a life of their own. Battle scenes and massacres featuring scantily dressed young girls with penises are but a part of his prolific visual production(1). Yet it is those scenes that have caught the attention of the artist’s detractors and admirers alike, as they bear witness to unheard-of violence and unusual ambiguity. Why do these little girls have male sexual organs?

The mystery remains, spawning endless conjectures: Darger, the “Poussin of pedophilia”; Darger the sadist; Darger, a sly old devil. One thing is certain: Henry Darger had had a difficult, lonely childhood which he then sought to reconstruct and reclaim through his fiction (2). Such an avalanche of wild speculation obscures the proto-pop dimension of his oeuvre. Year after year, Henry Darger collected press cuttings and advertisements representing little girls (including those reported missing), in addition to images from coloring books and children’s literature. This popular imagery lends a certain mawkishness to the depicted girls. Darger registers this disturbing convention typical of the era, even as he subverts it by rendering it more complex. By endowing his young protagonists with male organs, he unwittingly dismantles the enterprise of gender construction peddled in the press and children’s books. In a similar vein, he retrospectively instills gender consciousness that appeals to many contemporary artists, such as Paul Kindersley. The exhibition Abbieannian Novlangue originates from this observation and is intended as the first in a series devoted to Henry Darger’s legacy in contemporary art, and by extension, in the field of music, with Regina Demina.

Designed as the second part of an evolving traveling exhibition, Abbiennian Novlangue brings together eight emerging artists, most of whom were featured in the first iteration (Henry Darger Summer Camp, Arles, May 2019). They are aged between 22 and 34 and reside mainly in Europe, with the exception of Salome Jokhadze, a young Georgian artist, whose painting represents the strange, diminutive silhouette of a fabulous mystical girl saint. Only a mere handful of works adopt a narrative device “à la Darger”: an outdoor or indoor scene featuring androgynous and/or conventional female figures. Group scenes are absent from the exhibition, which seeks instead to underscore the relationship of young artists to the universe of childhood, whether made manifest through the processes of infantilization and demarcation in urban space—as in the case of Alban Diaz—or by reference to Andersen’s tales, such as the Little Mermaid, combined with Internet culture and Selfish, as in the case of Matthias Garcia.

This exhibition thus raises the inevitable question of the material conditions of the production of Darger’s work. Nourished by the literary culture of his time (including Frank Baum’s The Wizard of Oz, published in 1900), Darger also assembled a collection of children’s and teenage magazines as source material for his figures, which he would transfer and transpose onto his drawings. What would his work have been like in the 1990s or today, when popular imagery informs one’s relationships with oneself and others? As Kevin Blinderman puts it, if “Henry Darger were here, he would make Nightcore,” a musical sub-genre broadcast and accessed mainly via YouTube. This type of music is characterized by an accelerating tempo as well as visual affinity with manga, which are dominated by hypersexual, stylized female bodies bordering on juvenile grotesque. Fueled by a group of anonymous fans, Nightcore is a raw, post-pop practice where a wide range of references takes us into extreme territories that may be likened, to some extent, to Darger’s work: illustrations, DIY, the sexualization of female children, anonymity, and reinterpretation of popular culture. The violence at work in The Story of the Vivian Girls in the Realms of the Unreal, an epic for adult audiences with the allure of a children’s book, leads Thomas Liu Le Lann to manipulate a cold aesthetic, playing with and deconstructing the codes of masculinity (hypermasculinity and soft masculinity) and so-called deviant sexuality. Engaged in dismantling the dominant heroic model, Le Lann responds to the principle of transformation at the heart of Darger’s Benglin-populated work. Paul-Alexandre Islas likewise grabs hold of this idea of transformation with an undisguised facility for color and for customizing and personalizing uniforms that tend toward a DIY fantasy. For while the uniform is at home in the work of Darger (who was fascinated with boy scouts), Islas uses it to ground his story in reality consolidated through his personal fictions.

1-In his early works, and specifically in those exhibited in Abbiennian Novlangue, nudity is infrequent. Darger resorts to it mainly in scenes of torture and massacre to highlight the suffering inflicted on child slaves by the grownup Glandelinians. In later works, nudity may also appear in other, more peaceful contexts.
2- We distance ourselves from any parallels between Darger’s life and work, as the artist’s sexual life would have been practically nonexistent. The Darger Dictionary in the MAMVP catalog informs us, under the entry for “Gender,” that protagonists change gender throughout the novel, and that the artist himself takes on the character of Annie Aronburg, the heroine of the child slave rebellion. Moreover, the artist has been considered by some as belonging to Chicago’s homosexual community (see Jim Elledge, 2013). 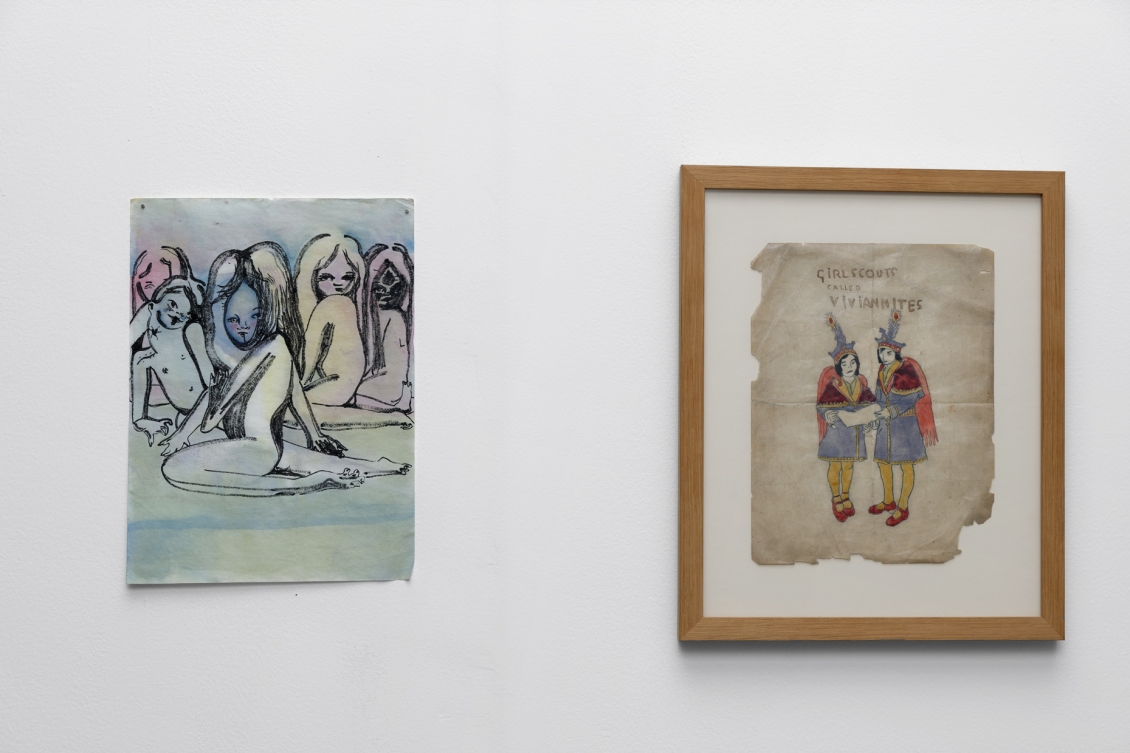 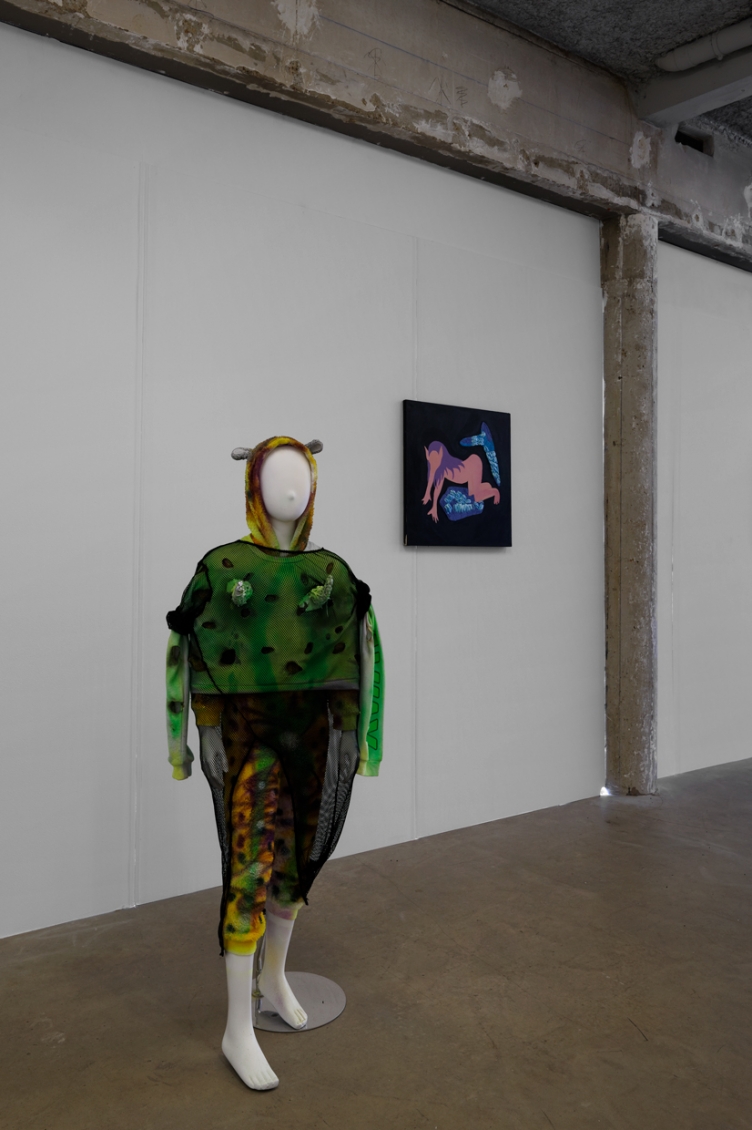 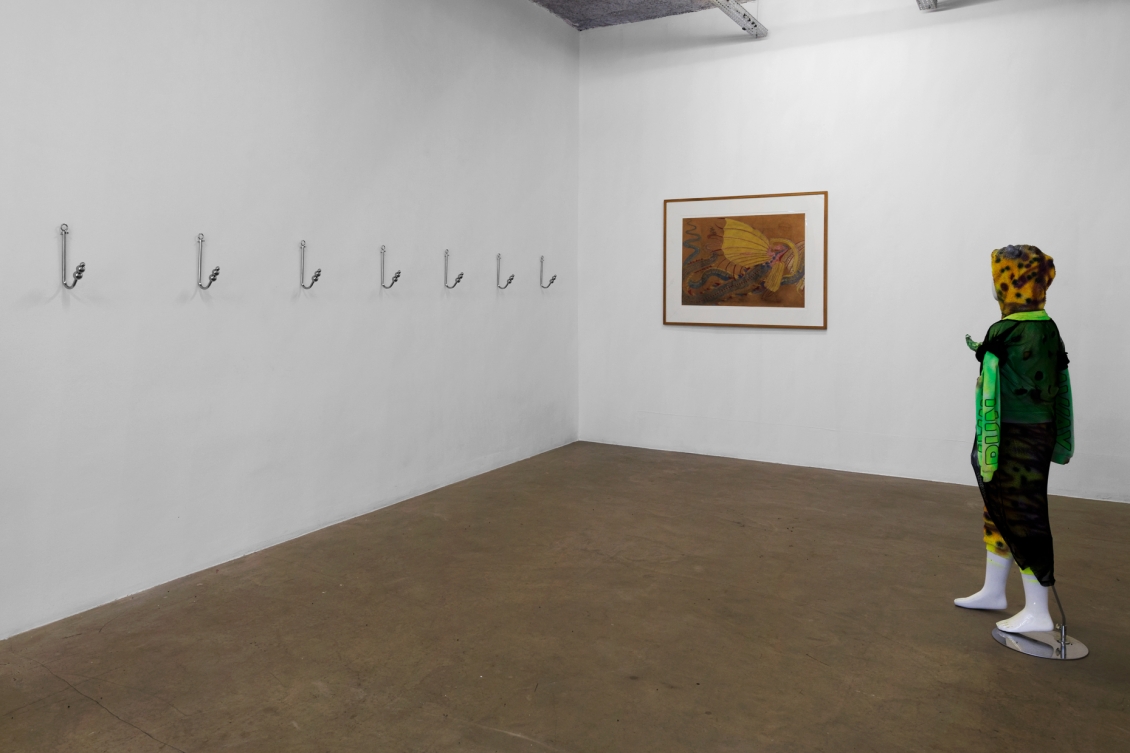 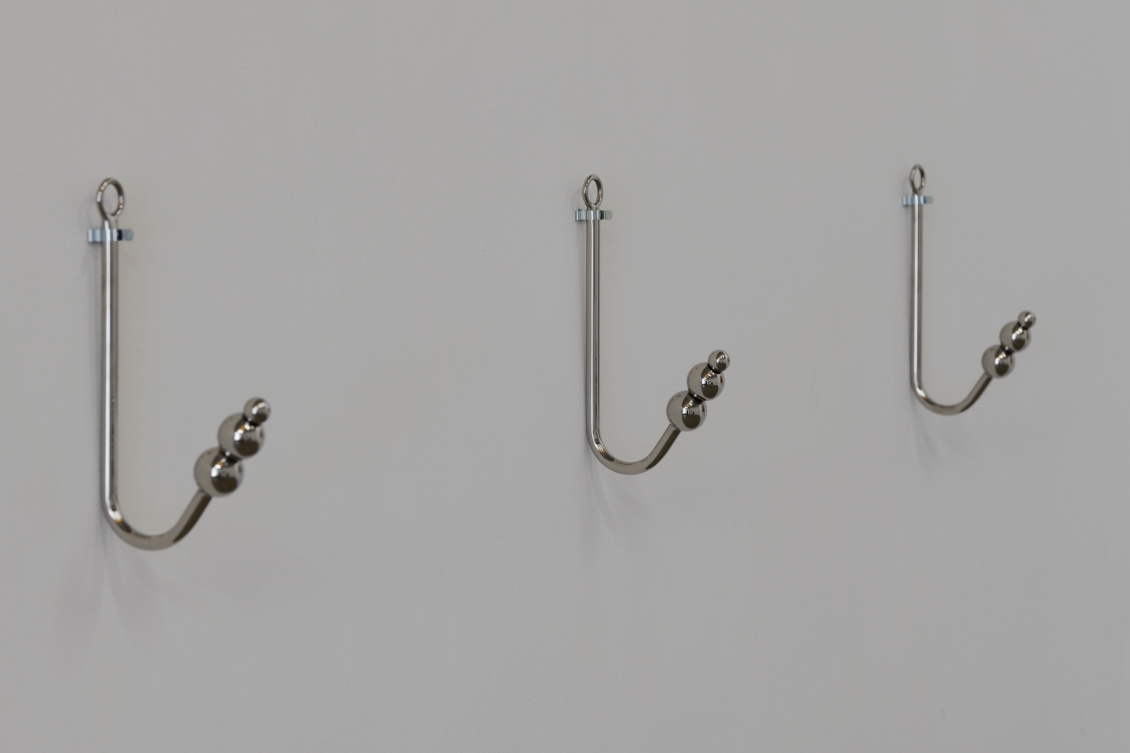 ↑ «Abbieannian Novlangue» Paul Kindersley, The Most Dangerous People In The World Are Those Who Believe That They Know What Is Best For Others 2020, 500 x 250 cm, Wall painting, japanese ink, acrylic paint on wood © aurélien mole 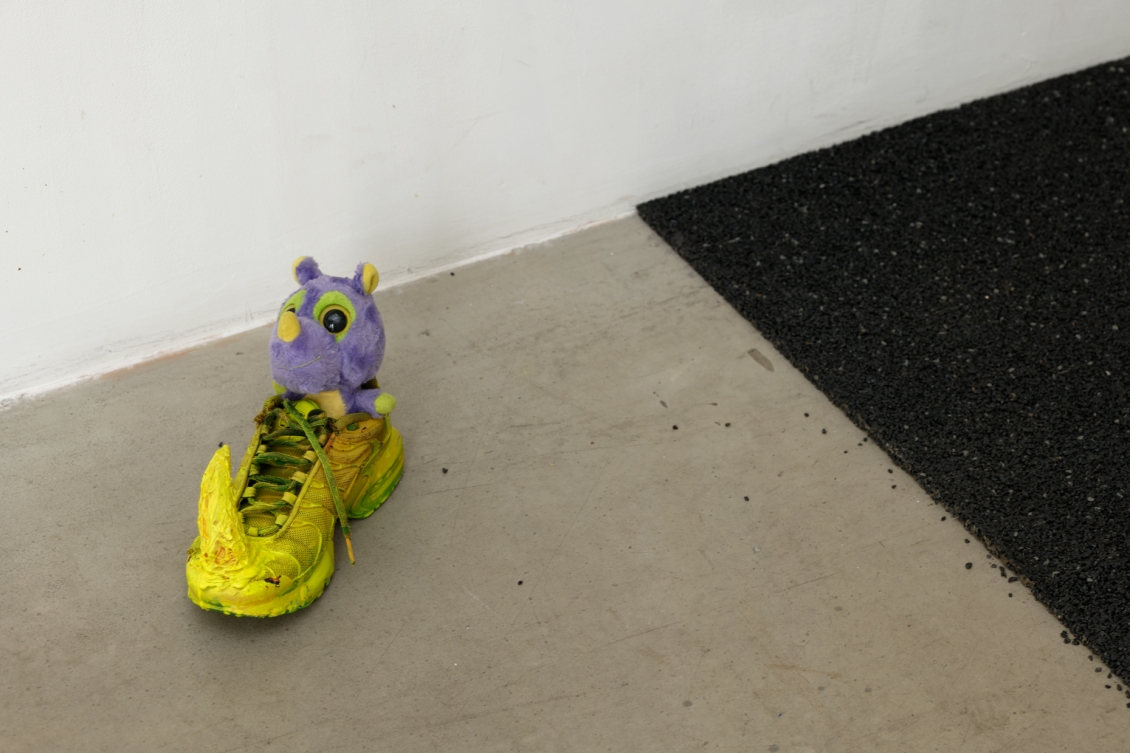 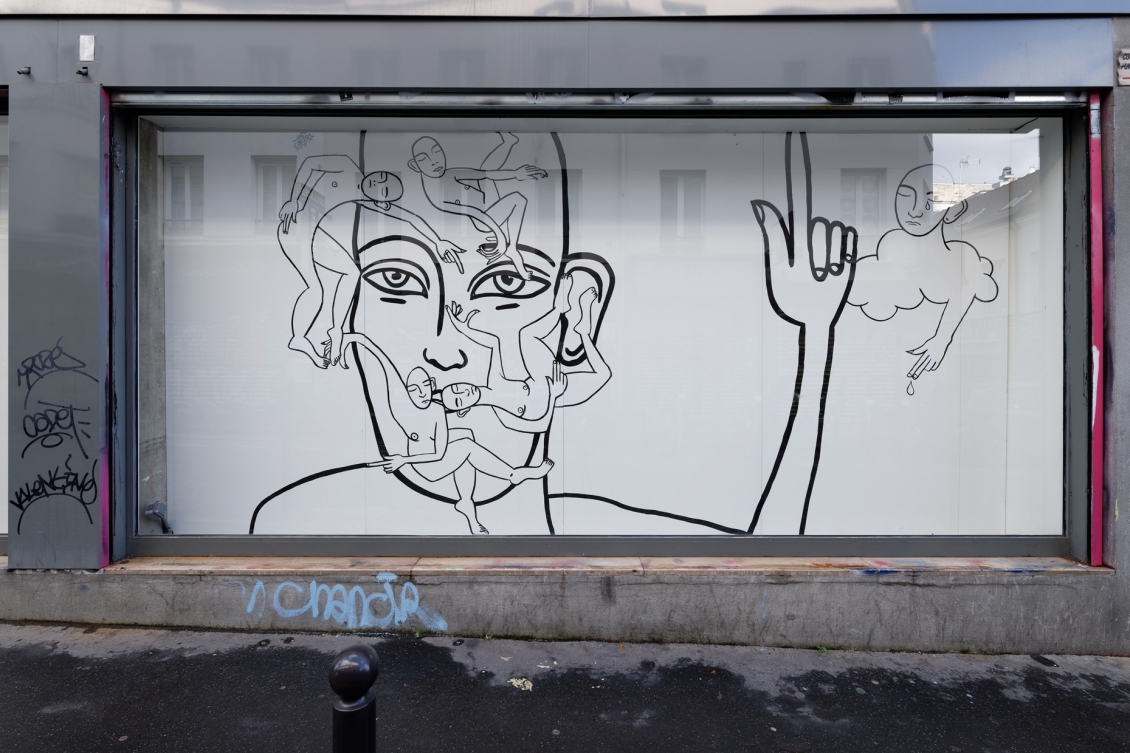 ↑ «Abbieannian Novlangue» Paul Kindersley, The Most Dangerous People In The World Are Those Who Believe That They Know What Is Best For Others 2020, 500 x 250 cm, Wall painting, japanese ink, acrylic paint on wood © aurélien mole
documents :