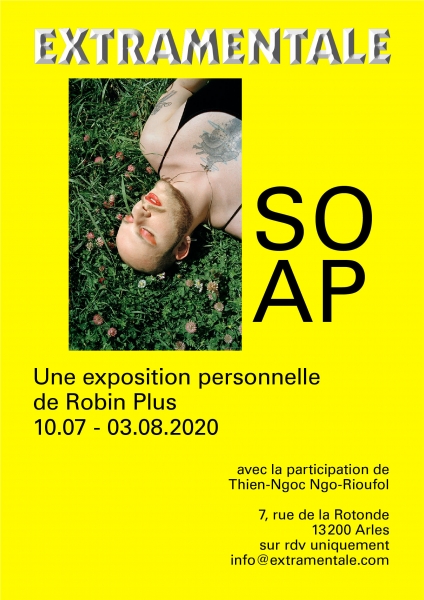 ↑ Robin Plus, Just like we never said goodbye, SOPHIE, 2018
Dyptique, 42.5 x 30 cm (each)
Inkjet print
Edition of 5
Robin Plus is a young photographer and recent ENSP (École Nationale Supérieure de la Photographie) graduate. Raised on music videos and pop culture since he was little, he credits David LaChapelle with first getting him excited about photography. He admits that LaChapelle’s “artistic universe glorifying consumption as a mode of emancipation and his hypersexual approach to the human body appealed to me.”

Robin Plus’s first solo exhibition is an opportunity to reveal his early influences. The garish consumerism and equivocal compositions of the early images have given way to a more personal preoccupation that thwarts any attempt at overly asserting the body, in order to embrace a more poetic, sensual approach to reality.

And yet, the body is always at issue: racialized young adult bodies; bodies of young LGBTQI+ people whom the artist likens to “creatures of the night, regulars at clubs and squats.” For the most part, they are Robin’s friends and acquaintances, who, at parties or for the sake of photography, crisscross urban and suburban spaces often threatened by the encroaching big-city gentrification.

Robin Plus does not seek to set down a visual manifesto or build a body of overtly political work. Influenced by Wolfgang Tillmans, with whom he works, he surrounds himself rather with counterculture romanticism, so-called “dissonant” sexualities, or even simply the generation that unabashedly expresses its desires (its own as well as others’) and whom he photographs outdoors, in the Camargue, in Marseille, Paris, Rotterdam, or Warsaw.

Presenting Robin Plus’s work in a city like Arles is not without consequence, because the affirmation of a non-heteronormative subjectivity in an urban space is liable to stir up feelings of hatred. And while capitalism (especially the music industry) has allowed these communities greater visibility and a certain freedom of expression, the inclusion of their bodies in a public space sometimes exposes the persistence of conservative thinking.

The exhibition “SOAP” takes place in a domestic space – the curator’s apartment. The intention is to reveal the intimate side of a body of work focused on humanity, emancipation, as well as the gentle side of daytime and nocturnal outdoor mises-en-scène Robin stages in barren architectures or cramped natural environments. The exhibition is envisioned as a respite, a place of retreat, of warmth and dance, where private space becomes charged with the symbolic and political force of bodies being inscribed in public space. The bedroom, turned into a “Beat Environment” resonates with gabber beat. It is also the projection room for an experimental slide-show video that combines Rotterdam architecture with hardcore music, thus completing the panorama of affects represented in the living room, including those expressed by Thien-Ngoc Ngo-Rioufol’s satyric, sexual drawings. 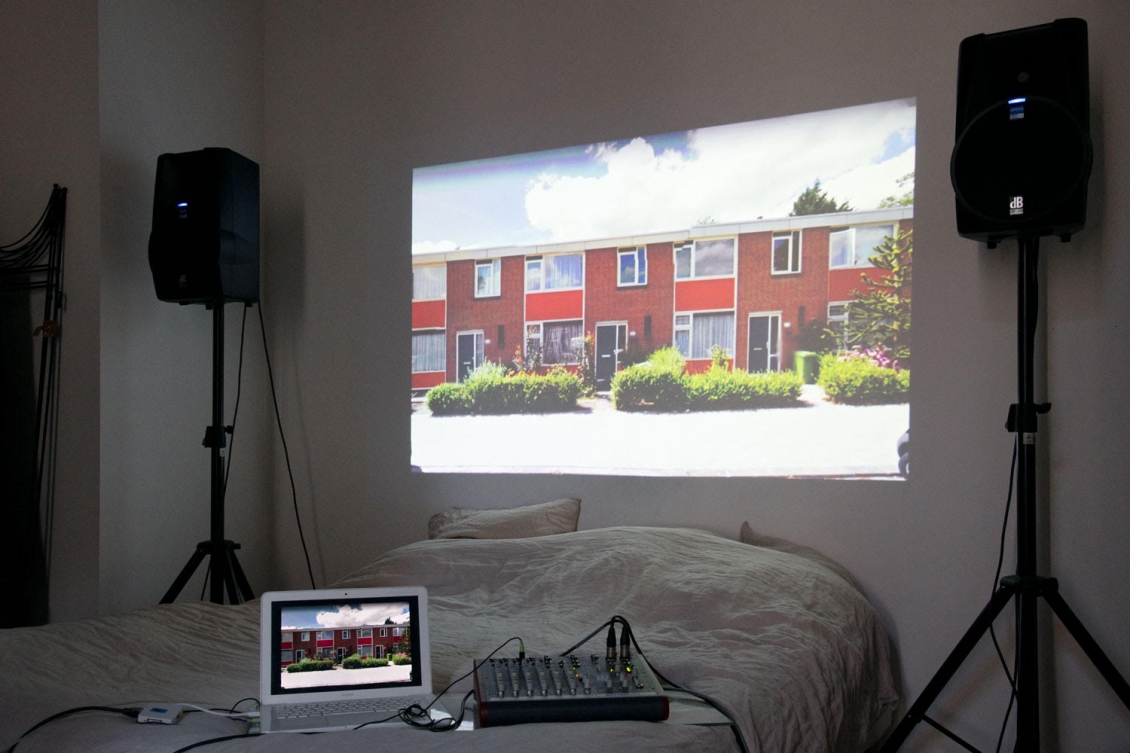