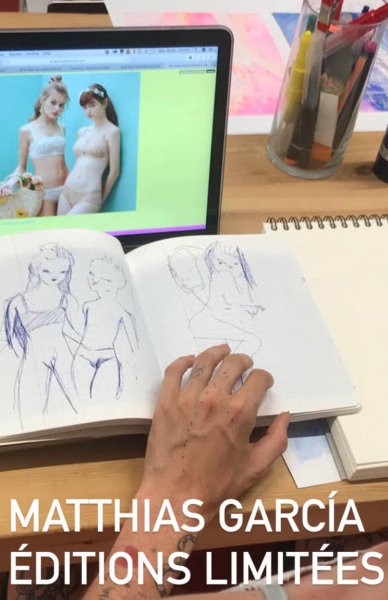 Special editions for Extramentale produced at the Librairie du Palais, Arles. Each riso print is painted over with white spirit. Dimensions 18 x 22.5 cm. Each edition 'Atlas with Death" is signed, numbered and costs 100 euros. The other edition (orange / 13 x 18 cm) is limited at 50 and costs 50 euros.


Born in the mid-1990s in Paris, Matthias Garcia is a young artist who graduated from the Paris School of Fine Arts. He has developed a very personal work that manages to evoke, while keeping at distances references to various artists, such as the Goya, Durer, Moreau or Unica Zurn.

His work, comprising of paintings and drawings, oscillates between gentleness and violence, two states with which adolescence juggles and struggles.This duality can be seen on a symbolic level in the dreamlike figures he represents ; yet, he is using solvents and chemical paints, as an allegory of the toxicity of his works which brings a more ruthless tone.

During a week-long residency at Les Atelier du Palais (Arles), in July 2020, Matthias Garcia produced two limited editions for Extramentale. One is limited to 50 pieces, and shows an array of oranges. The second one ("Atlas with death"), tinted with purple, is a unique edition, worked over with white spirit as he often does for his paintings. Both naive and disillusioned, the characters who inhabit Matthias Garcia's universe are inviting us to dream in their company, while provoking a certain mistrust, among spectators.

Close to his spirit, the two editions produced during this residency are showing chimeras, both symbols of a carefree youth and, paradoxically, figures of a harsh, sweet reality. 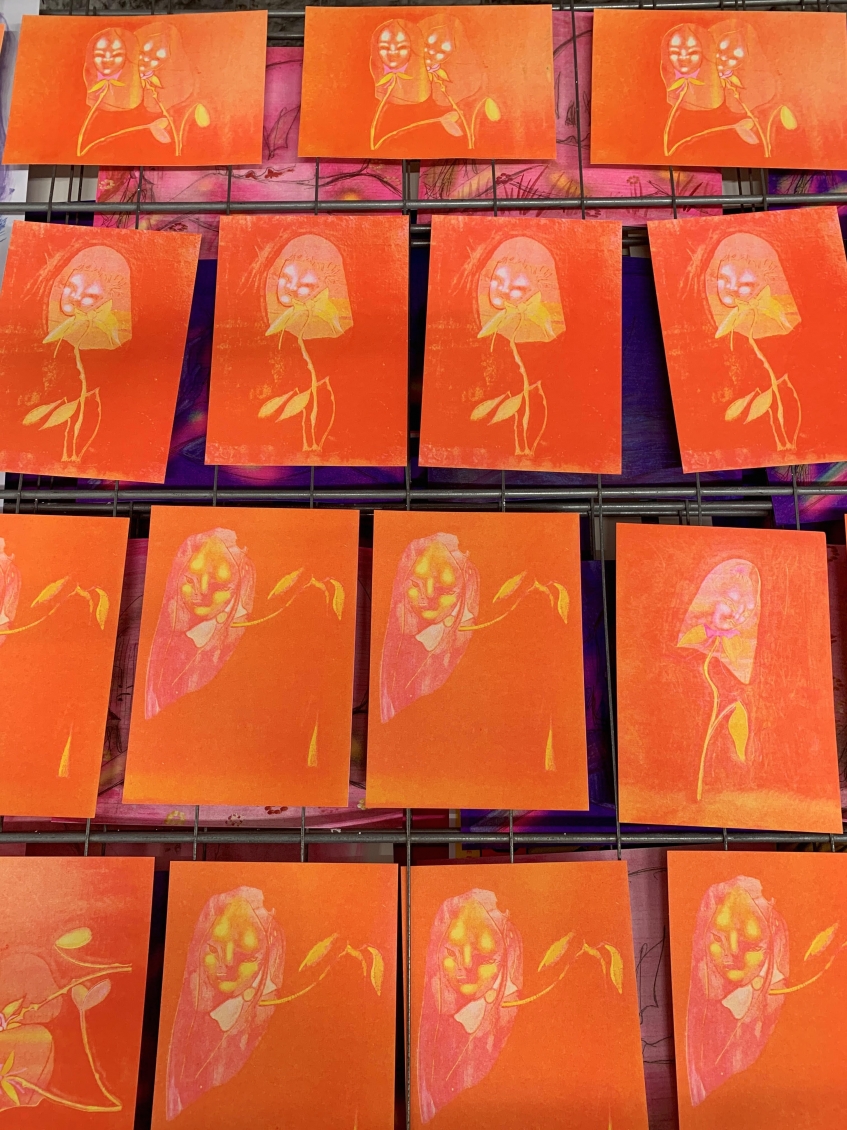 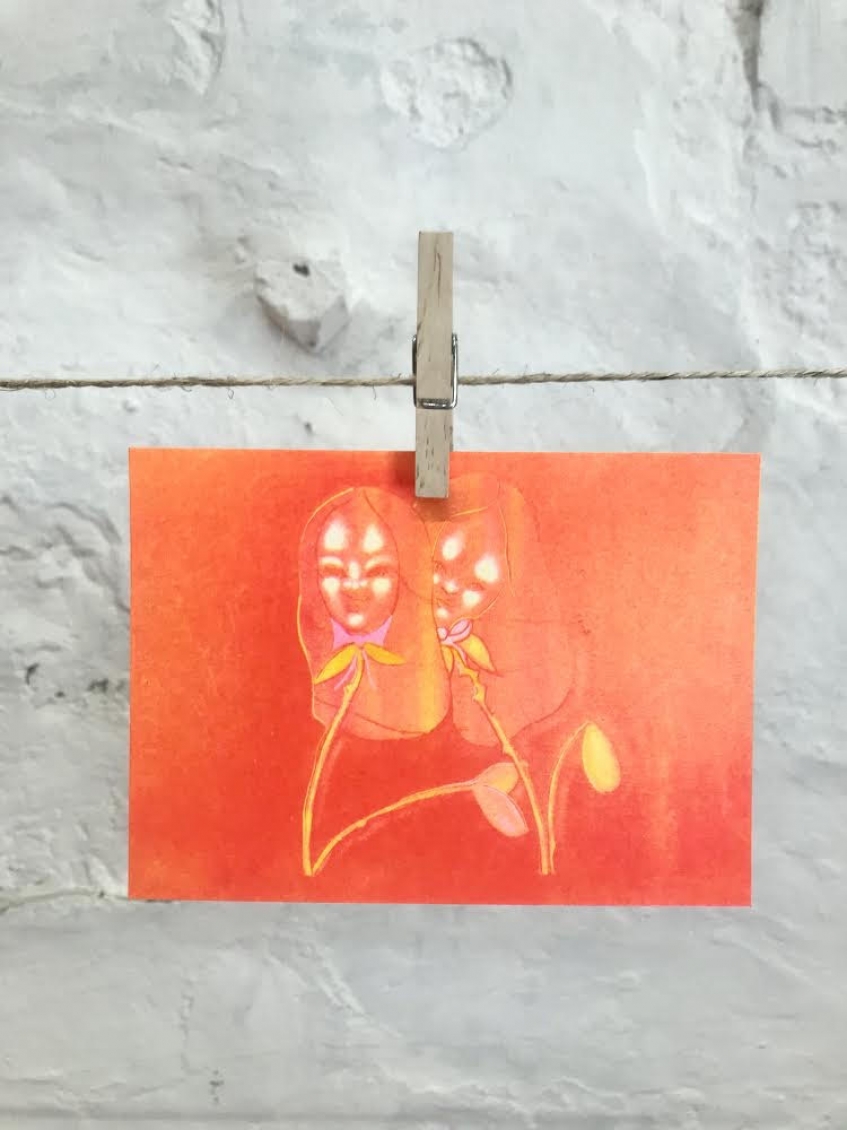 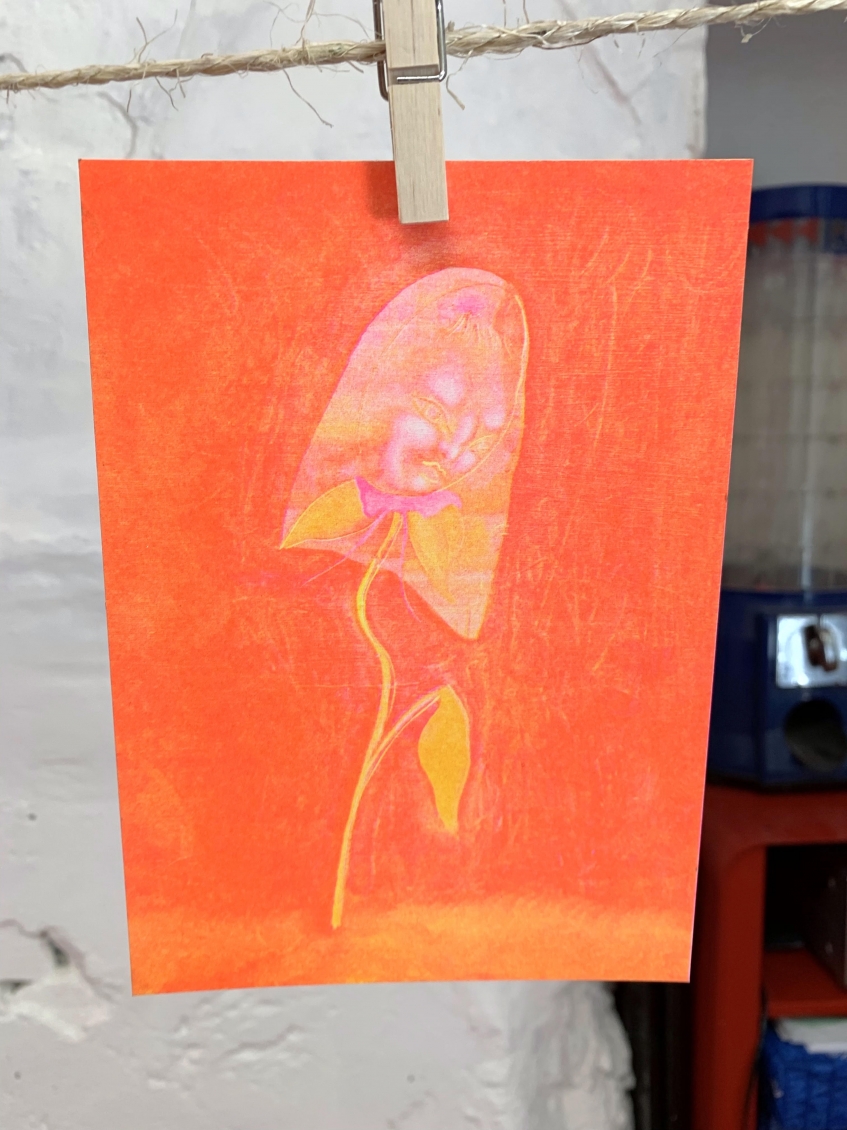 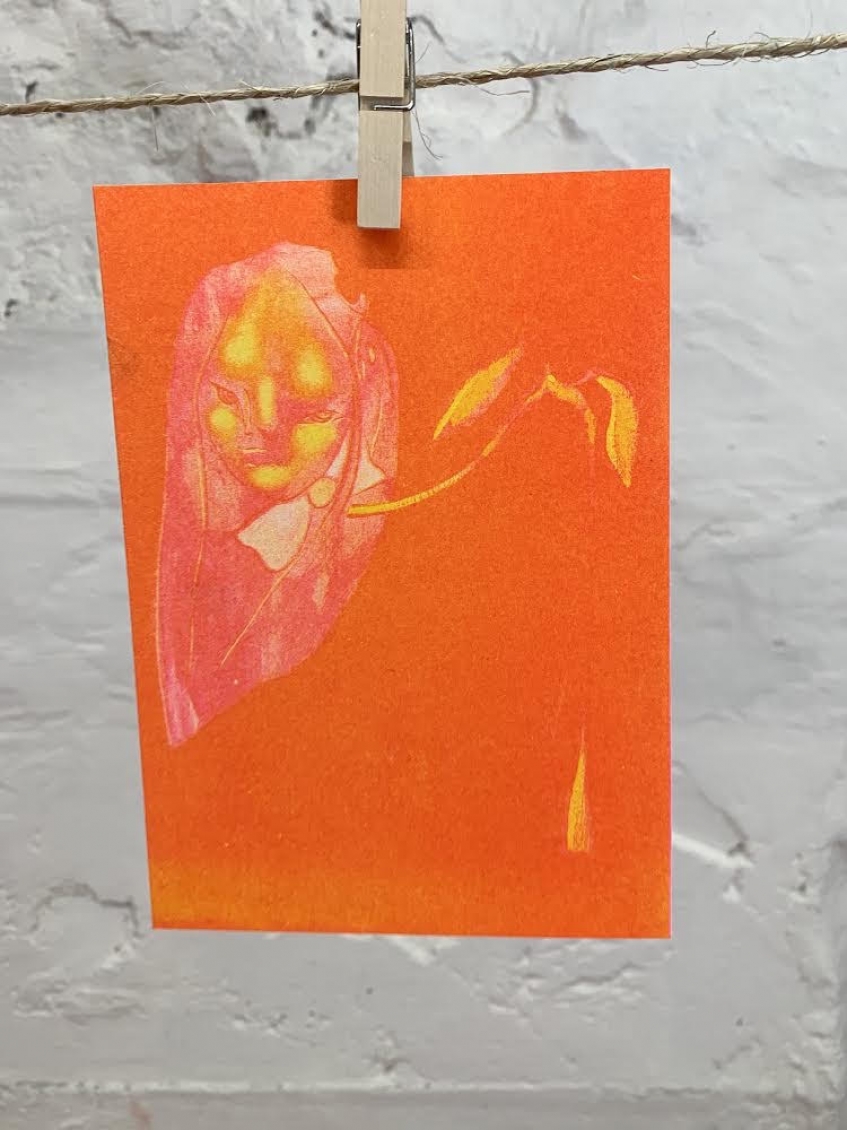